The oil crash folded their old business. Now they’re betting on a new kind of oil.

Joseph Norman’s old life revolved around oil rigs. He and his wife are hoping to build a new business selling hemp and CBD oil products.
Courtesy of Joseph Norman

Each week, The Texas Tribune is featuring the stories of a group of Texans from different parts of the state and different walks of life who are confronting the challenges of the COVID-19 pandemic. New installments will be published every Thursday. You can read the entire collection here.

Click on a name to jump directly to a story. 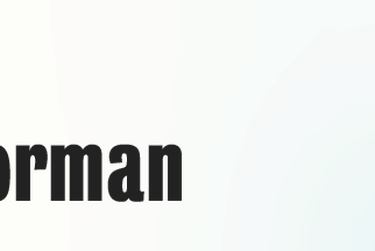 Joseph Norman, 37, is an oil well technician in Midland.

Joseph Norman had heard of hemp and CBD, but didn’t know much about them, so when he saw a Facebook advertisement for a local event held by Texas Hemp Growers just before the coronavirus pandemic swept through Texas, he decided to attend.

“I was like: Are they talking about weed?” Norman said.

Norman came away from the conference intrigued, and now, two months later, after losing all of his business as an oil well technician because of the coronavirus, Norman has started a company to sell hemp and CBD oil — an extract from the plant that can be smoked in a vaporizer or consumed by placing oil droplets on the tongue.

“When I lost my contract work in the oil and gas industry, I sat at home and was mulling over what my next move was going to be,” Norman said. “Help people. That’s what I love to do. And that’s what I want to do for the rest of my life.”

When Norman first tried CBD in March, he said, it made him calm and relaxed.

“I’ve used the oils and I’ve vaped the [hemp] flower, and it’s an immediate relaxation and calming effect,” Norman said. “It settles my mind, makes me think clearer.”

Norman thinks selling hemp — and eventually growing it himself — could help him achieve his goal of helping people. He’s already launched a website and started blogging about his experience to “educate people on the power of hemp and its seemingly endless benefits.”

Hemp, a strain of cannabis legal in all 50 states since 2018, is not popular in West Texas, Norman said, because it has barely been introduced.

Norman is learning on the fly, yet he and his wife, Belinda, who is pregnant and due with a baby girl this month, are committed. They’re investing around $3,500 in the business — to pay for licensing, branding, buying wholesale hemp and CBD products from vendors, and internet transactions. The business will not have a storefront, he said, and will sell online directly to consumers.

“I already have two customers,” Norman said. “My mother-in-law and our neighbors.” 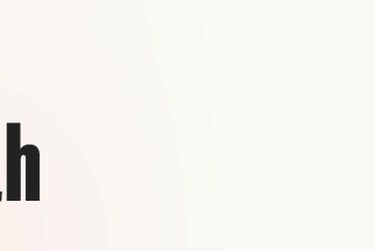 The Shah Academy transitions into Camp Shah for the summer

Rupal Shah, 45, is an education technology executive in San Antonio.

There’s been a cheery mood lately in the Shah household.

Shuttered in place since March, teaching first grade and pre-K to 6-year-old Nina and 5-year-old Nikhil, staying distant even from the grandparents who live across the street, battling through weeks of Nik’s chemotherapy treatments, the family has at times felt a little cooped up. But after they got good news a few weeks ago about Nik’s cancer treatments and marked the formal end to the school year, it’s starting to feel like summer.

“[The kids] keep asking me, ‘What are we gonna do tomorrow when we wake up?’” Lea Shah said. “I say, ‘We’re just gonna have a fun day and celebrate.’”

And the next day, too.

As Shah Academy transitions into Camp Shah, rules are starting to loosen. The Pledge of Allegiance, once the formal start to the school day, no longer has to happen first thing. Academic work isn’t going away, but it’ll be shoved mostly to the afternoons so the kids can spend the cooler mornings outside. 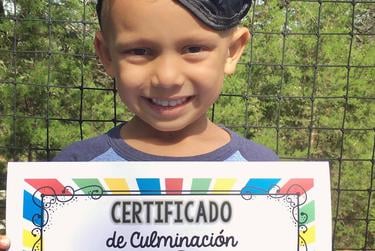 Nikhil Shah, 5, shows off his certificate for completing pre-K.
Courtesy of Rupal Shah

They held end-of-school celebrations, complete with a graduation certificate for each kid. The Shahs received the “Certificado de Culminación” from Nina’s dual-language class and edited one for Nik, too. Wearing a graduation cap and an “Oh, the places you’ll go” T-shirt, Nik threw his cap high into the air — re-creating the graduation he would have had at pre-K.

Nik and Nina each got a designated celebration day, choosing what was for breakfast and dessert. On Nik’s, each consumed two roasted marshmallows — a rare treat. Summer is in full swing.

“I feel like I can finally fully breathe,” Lea said.

There have been other sources of fun, too. Lea’s cousin, a high schooler in the area, tapped Nik as a virtual judge for a pet contest she coordinated as a fundraiser for the Leukemia & Lymphoma Society. Nik was at first too shy, but he relented after Nina promised to help.

And the kids participated in a Dino Dash put on by the Witte Museum in San Antonio, running through their neighborhood in green dinosaur T-shirts and formal race bibs. Worried Nik would get tired, Lea shortened the track to 1 kilometer, and after Nik stopped, Nina pushed through and ran about a mile farther.

Poor Nik was sore the next day. But the trophies — hastily retrieved from Target curbside pickup — were a big hit. 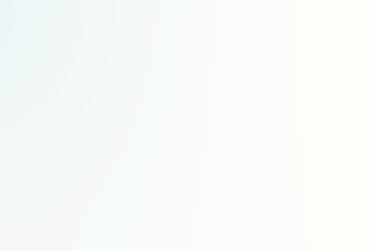 National Guard members helped run the food pantry. They won’t be back.

Liz Salas, 23, is a food pantry employee in Dallas.

This week, the CitySquare Food Pantry will ask the Texas National Guard, which has provided volunteers for more than a month during the pandemic, not to come back.

Protests continued in communities all over Texas for almost two weeks, sparked by the death of George Floyd, a black man who was killed in Minneapolis police custody.

Liz Salas, the food pantry’s volunteer coordinator, was shocked about the decision to deploy the National Guard to the protests.

“They’re not needed at the protest,” she said. “You’re just going to make things a lot worse than it already is.”

In her view, the Guard members have a greater — and more positive — community impact when they’re helping food banks and pantries so Texans impacted by the pandemic can get the groceries they need.

Salas feels torn about the food pantry’s decision to not bring back the Guard volunteers. The pantry still needs the extra hands, she said, and the Guard members were a consistent help while the pantry struggled to operate with a diminished volunteer force. She’d gotten to know and rely on them.

But she’d rather take on the extra work and figure out a new volunteer system than risk alienating the pantry’s mostly black and Latino patrons with the presence of the Texas National Guard.

In their absence, Salas went back to the former duties, distributing food and collecting data on the pantry floor. She needed to alleviate the pressure on the pantry distribution team while managing her new role as volunteer coordinator. In the midst of it all, Salas said her nose broke out with something resembling a rash and she developed little bumps on her thumb — stress reactions she hasn’t had since her early college days.

“I didn’t think I was that stressed and anxious about anything,” she said. “It was just a combination of everything that happened … a domino effect that I wasn’t really prepared for.” 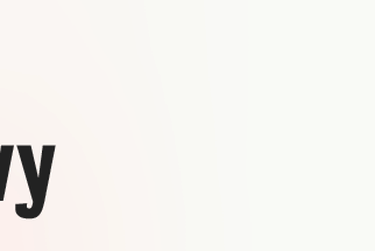 Immigration lawyer’s work in Mexico earns honors from her peers

Taylor Levy, 34, is an immigration lawyer in El Paso.

EL PASO — Taylor Levy doesn’t have a lot of time for distractions. If she’s not spending hours each day in Ciudad Juárez providing asylum seekers free legal advice, she’s monitoring protests in El Paso or working on immigration cases from her home.

But Levy was forced to pause last week and take time for herself after receiving one of the legal community’s highest honors: the Arthur C. Helton Memorial Human Rights Award. Helton was an attorney and advocate who was killed in a hotel bombing in Iraq before he was scheduled to meet with officials from the United Nations there in 2003.

“It was a big surprise, it was a really great honor,” Levy said from Ciudad Juárez on Wednesday. “It was energizing to know that people know my work and people honor my work and care about migrants and the situation as well.”

The American Immigration Lawyers Association presents the award to one person each year. Levy has been a member of the group for a little more than a year.

The organization said it chose Levy for her outstanding service in advancing the cause of human rights.

Levy was also honored separately by the Texas chapter of AILA as a pro bono champion for her work in Ciudad Juárez, where thousands of asylum seekers are waiting for their court hearings in the United States under the Trump administration’s Migrant Protection Protocols.

“While she has advocated for some of the most vulnerable in the border region, she has done so in on-the-ground, resistance-fighter type of way,” the Texas chapter said.

The recognitions came as Levy is gearing up for a busy second half of June. The MPP courts are scheduled to resume in less than two weeks, and Levy expects migrants will have a lot of questions for her. Although courts have been postponed since late March, hundreds of migrants are still arriving at the ports of entry every morning. They either don’t know that the courts have been put on hold, or they got word but show up anyway because they’re not sure when their next hearing is and are confused about next steps.

“I want to make sure that people actually get through and get to court, so I’ll keep coming” to Juarez, she said. 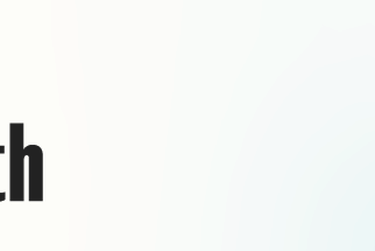 Greg Smith, 52, is the city manager of Jacksonville.

On Tuesday, the school district went forward with an in-person high school graduation — a “fantastic ceremony” that was “well received by everybody,” Smith said last week. The next day, more than 250 people came together for “a very peaceful unity walk” in response to the death of George Floyd, a black man and former Houston resident who was killed while in Minneapolis police custody. His death has sparked demonstrations against police brutality across the country.

At the graduation ceremony, Smith said, students were limited to a maximum of five guests, and everyone had to practice social distancing.

Wednesday’s march, meanwhile, “was an overall good event in these trying times,” Smith said. City officials had informed business officials ahead of the event that street closures would be in effect and law enforcement would be present.

The protests have worried public health experts, who say large gatherings will help spread the novel coronavirus. Smith said that Jacksonville has seen only two new cases in recent days and seems to be “on the downhill slide of it not being an issue at all.”

Gov. Greg Abbott’s recently announced third phase of reopenings for businesses across the state, Smith said, doesn’t have a lot of impact in Jacksonville. Businesses are slowly reopening, he said, though several restaurants are still not allowing in-person dining.

“We got all of our systems set up and everything,” he said. “We’re ready to go.”

Smith said the city’s shift in utility payments is just one example of the “new normal” that communities across the state and nation will continue to face in the post-coronavirus era.

“There is going to be a new normal in every community,” Smith said. “And that new normal is still being developed.”