Over the course of nearly a week, Aurora Cannabis (ACB) has surged more than 200% from the reverse split lows near $5 before the strong FQ3 report. My investment thesis was very bullish after the transformational quarter and positive prospects for reaching EBITDA positive in the September quarter, but the stock rally to more than $17 on a small U.S. CBD acquisition is too far, too fast. 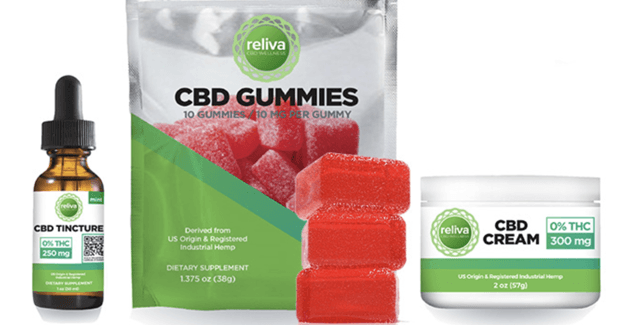 After the close on Wednesday, Aurora Cannabis announced a deal to enter the U.S. CBD market with the purchase of Reliva for $40 million in stock with an additional earn-out potential of another $45 million in cash or stock. The deal is adjusted EBITDA accretive basically because the company is EBITDA positive and Aurora Cannabis is still generating large EBITDA losses.

Reliva apparently has a revenue base of $14 million, making the deal relatively small in comparison to Aurora Cannabis, which is on a path toward revenues of $300 million in FY21 ending in June. As well, the deal pulls Aurora Cannabis into the U.S. market with the added complexities of operating a recreational cannabis business in Canada and international medical cannabis in multiple international countries on top of this new venture.

Reliva has access to 20,000 retail locations in the U.S. and is ranked as the No. 1 CBD player in topicals. Unfortunately, the product category dominated by this company isn’t the one suppressed by the FDA rules which limits the sale of hemp-infused CBD in dietary supplements causing the weakness at CWH.

In addition, buying Reliva doesn’t allow Aurora Cannabis to enter the medical or recreational cannabis market. The federal government still has to approve cannabis for a company listed on the major stock exchanges to enter those markets and the company will have to buy their way into inflated stock valuations in the future.

Aurora Cannabis is making a wise move to swoop into the U.S. market with a small initial purchase in a land and expand move. The company doesn’t have a lot of money at risk here by entering a highly-competitive market with taking out a potential competitor when entering the market with their own brand.

Unfortunately for investors, the stock has soared off the $5.30 lows prior to the FQ3 earnings report. Aurora Cannabis is now up to $17.40. With 109 million shares heading into the this deal and ~112 million after the stock deal, Aurora Cannabis now suddenly has a market cap of $1.95 billion.

Aurora Cannabis still has a ton of cost cuts to implement while maintaining some moderate revenue growth in order to reach EBITDA positive in Q1’21. The company is still targeting reducing operating expenses to the C$45 million range while analysts have revenues growing sequentially in the next few quarters. Achieving this goal isn’t a guarantee as the company cuts operating expenses by 50% over the course of a few months. Most companies run into unexpected hiccups when eliminating employees.

The Canadian cannabis stocks are generally more expensive than the U.S. multi-state operators. Both Aurora Cannabis and Canopy Growth (CGC) trade around an EV/S multiple of 6x while the U.S. MSOs of Curaleaf (OTCPK:CURLF) and Trulieve Cannabis (OTCQX:TCNNF) trade at half the multiples at below 3x.

The drastic differences in the profit pictures favor the MSOs after the rally in Aurora Cannabis. The Canadian cannabis company is improving, but the market has become too bullish on the turnaround and the move into the competitive U.S. CBD sector.

The key investor takeaway is that Aurora Cannabis is making smarter corporate moves in 2020, but the stock tripling off the bottom begs for a pullback. The stock is expensive relative to other cannabis stocks over $17 here.

Investors wanting to play the turnaround in Aurora Cannabis should wait for a dip back to $10 where better value will emerge and the risks reflect the difficulty of the Canadian cannabis company achieving EBITDA positive numbers.

Looking for a portfolio of ideas like this one? Members of DIY Value Investing get exclusive access to our model portfolios plus so much more. Signup today to see the stocks bought by my Out Fox model during this market crash.

Disclosure: I/we have no positions in any stocks mentioned, and no plans to initiate any positions within the next 72 hours. I wrote this article myself, and it expresses my own opinions. I am not receiving compensation for it (other than from Seeking Alpha). I have no business relationship with any company whose stock is mentioned in this article.

Additional disclosure: The information contained herein is for informational purposes only. Nothing in this article should be taken as a solicitation to purchase or sell securities. Before buying or selling any stock you should do your own research and reach your own conclusion or consult a financial advisor. Investing includes risks, including loss of principal.